"Could that many people gather together today with only minimal communal organisation and such a relatively small amount of trouble but so much pleasure? The question is irrelevant. They would never allow us." 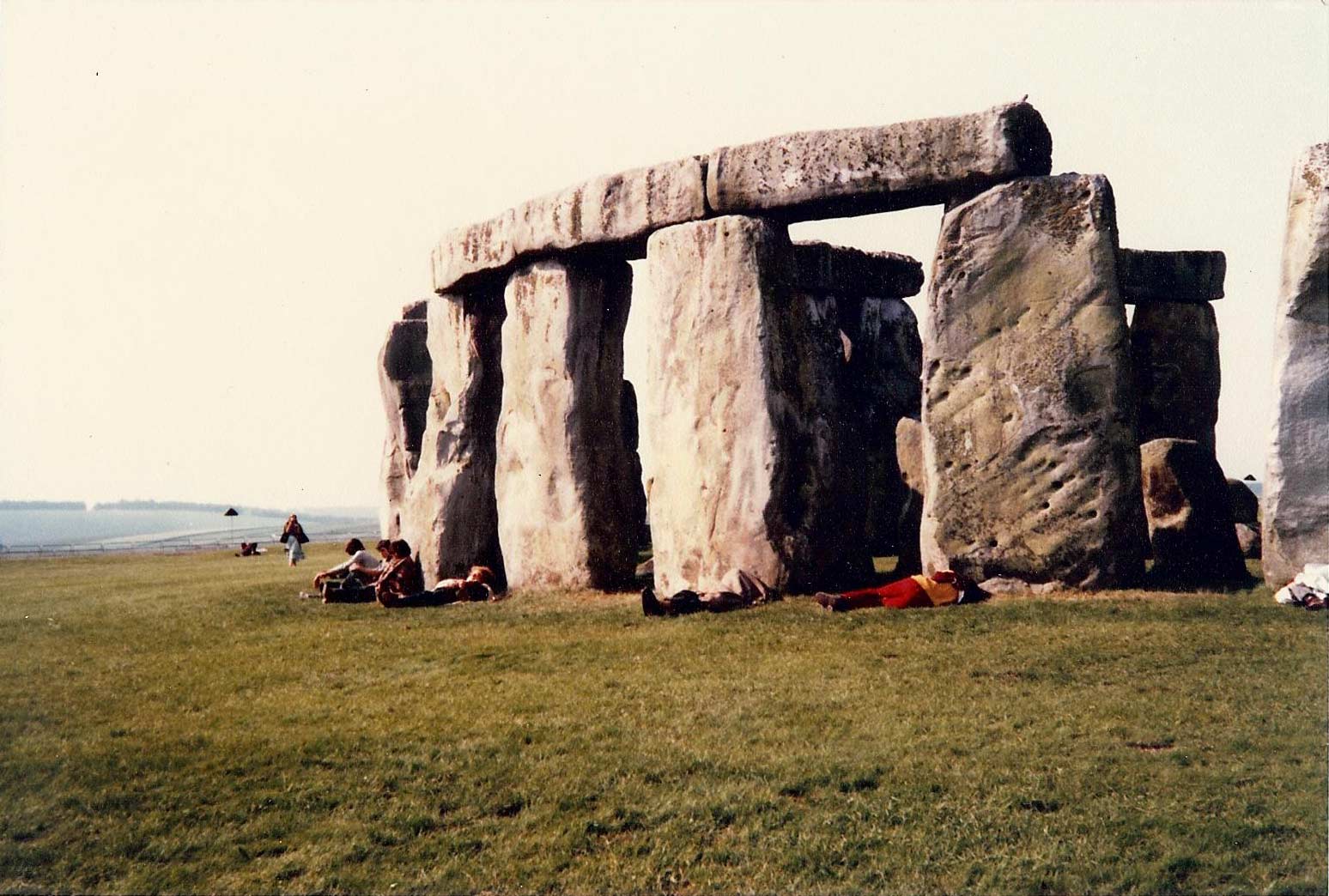 Spike , who went on to set up stalls at later Henge's has this to report

We have photos of Nick Turner turning up with the Tantric pyramid stage which always gave rise to the other great festival sketch
1) You leave London at midnight having drunk an intemperate amount of beer , drive down the A303 whilst smoking a large quantity of Leban................... you get the idea ,even down to the map........
2) You arrive on site ..shall we say wasted.. in , or on , a fucked truck and decide to put the stage up immediately.
3 ) It's a big site where do we put the fucker for best effect?
4 ) Well lets half build it and carry it about the place until it feels right.!!!
5 ) Christ this scaffold is getting fucking heavy (by now you have about 60 volunteers roused from their snug doss bags by the racket +my wife taking photos of the fun)
6. This'll fucking do- 2 hours later.....facing the stones and in time to blow the bleedin' druids away.........

Well that's how I remember it anyway,and we do have the photos......

Here and Now at Stonehenge 1978

1. Improvisation
2. What You See Is What You Are
3. Zero (Changes)
4. Allez Ali Baba
5. Stonehenge Jam
6. Dog In Hell
7. Floating Anarchy
8. New Age Transformation Try (introduced & begun as "Zero Gets Lost At Stonehenge Festival")
9. Opium For The People

This is a different performance to that which is partly released on the "What You See Is What You Are" LP, but from the same festival. That was recorded on the afternoon of the 20th June 1978.

Do you have any more information to help build this part of the site ? if so, please Contact us

Any info to add -? Get in touch -Contact us